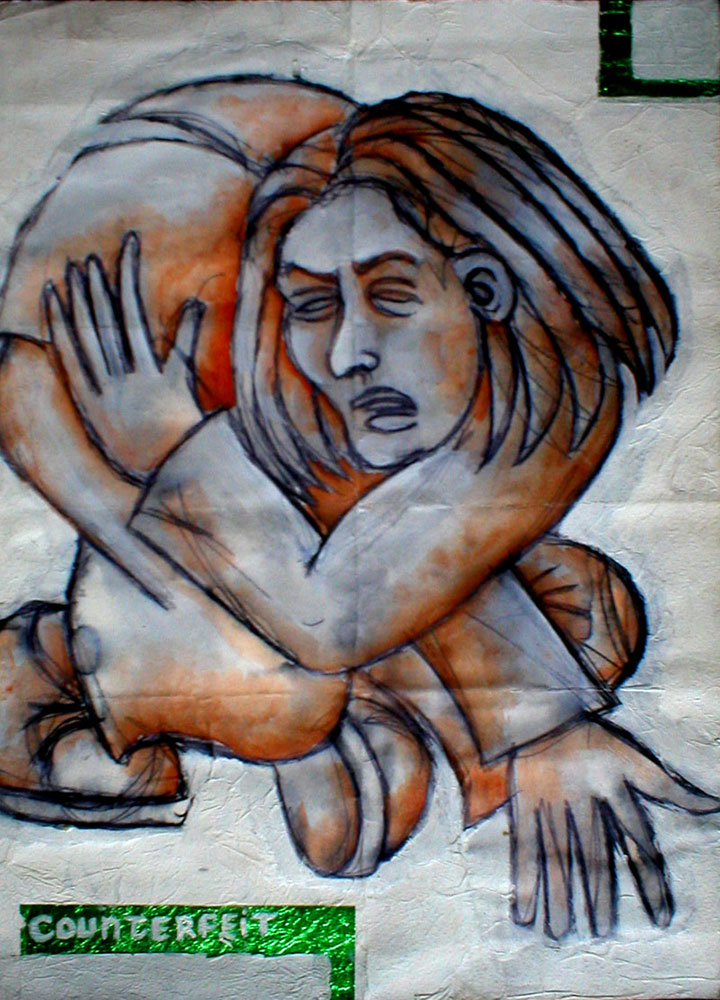 Mixed media on A3 paper, done in 1993. Counterfeit was about what I wanted to be, what people saw in me, and what I was. Three forces that didn't meet. Most folks thought I was gay. I wanted to be colourful and mysterious. Alot of the time, I felt crap. Here a man is revealed as a something. It doesn't matter what that something is other than that he does not want to be it.