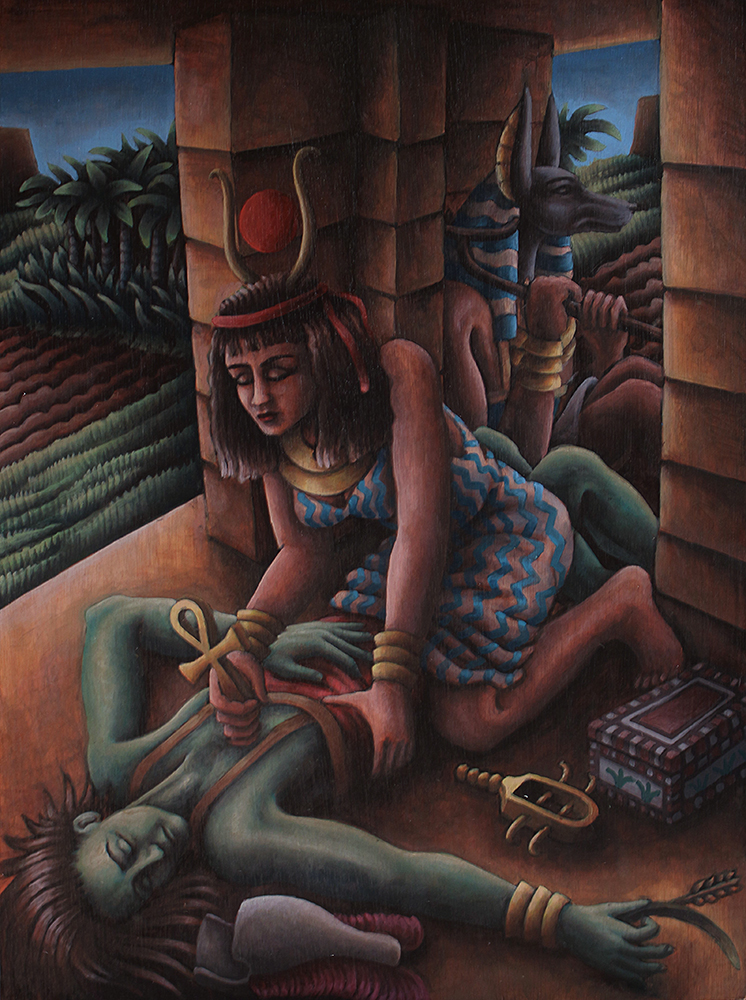 Resurrection is acrylic on wood, 60*80cm Isis is reawakening the murdered Osiris for the last time before he leaves for the duat, the land of the dead. This part of the story is rather rude so I've toned it down a touch. I'm really trying to recreate the truly pagan Egyptian stories at a time where I feel that monotheistic, alien, and frankly truly stupid data seems to be more readily known and appreciated. The Ancient Egyptians were Monotheist for maximum 50 years out of 3000, an experiment that was regretted. We know how the pyramids were built and what for, and these facts are so much more interesting and meaningful than aliens and masons. Got To be honest, this one was a struggle, and I'm still making my mind up about whether I like it. After all my rhetoric it was a challenge to do something that felt authentic, the gods were meant to live in a pre-pyramid age that we know nothing about, I've drawn them looking very middle kingdom (I hope), but left out hieroglyphics and kept structures smallish. Add to this the challenge of doing a decent painting, and that's where I was.